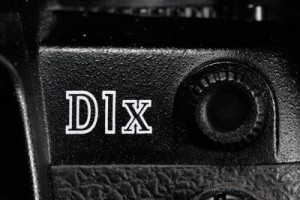 On 5th of February, 2001 Nikon announced the D1h and D1x models as successor of the revolutionary D1 from 1999. The D1h was an evolutionary (but significant) improvement over the original D1. With the D1x however, Nikon offered for the first time a DSLR in the 6 MP class, which could potentially replace film in a few use cases.

The second generation of D1 cameras were improved significantly regarding the user interface. The custom functions, which could be addressed by a numeric code on the D1, were now accessible via a graphic menu on the main monitor. Many buttons had been moved around, most notably the ISO button, which finds its place now on the top of the mode dial for the first and last time on the high end models.

The biggest news however, was the – at that time – rather generous resolution of 5,47 MP. Other 6 MP cameras were introduced before by Kodak, so this was not record breaking at all. But it was the first camera of this resolution in a body made by the original manufacturer.

The D1x was a really awkward camera in the way the resolution was achieved. Many question marks of contemporary reviewers would have disappeared, if all the facts about the sensor of the D1 family would have been known at the time.

In reality the D1 from 1999 already was a 10 MP camera. For undisclosed reasons Nikon decided to perform pixel binning to create a 2,7 MP picture from the 10 MP sensor. For that, larger squares with 4 adjacent individual pixels were grouped for one color filter array position, creating one big pixel that spread across four “real” light sensitive pixels on the sensor.

Probably because of the signal to noise ratio or to improve color this setup was chosen. Would the D1 have been 10 MP from the start in 1999, it would have taken the market by storm, even at much higher prices. Contrary to that, Nikon had the possibility to create an upgrade to higher resolution at a later point in time pretty easily.

The most obvious way to create a high resolution version of the D1 would have been to create a 1 pixel color filter array, releasing the complete capabilities of the sensor. Once again, Nikon decided to design the sensor layout completely different. And this time, there is no obvious reason at hand why they decided to go with the most unusual pixel layout a digital camera has ever seen.

Looking at the market conditions of 2001, the explanation for this might be a simple product roadmap decision. 10 or 12 MP cameras were not expected for two more years and also the competition was settled mostly on the 6 MP class. Nikon must have deliberately decided for the resolution offered at 5,47 MP. Enough to satisfy film users and not too much to block future product iterations and upgrade sales.

Official argument for the strange resolution difference between vertical and horizontal was, that the signal readout was still limited to the original 1324 rows in vertical direction. This should increase the speed of readout and make it easier to process the data quick enough to achieve a sufficient fps rate.

Knowing that the sensor was in reality a 10 MP one, this clearly can be seen as a faux argument to hide the true, physical resolution.

Nevertheless, there was a way to achieve 10 MP files from the D1x. Nikon’s own RAW editing application Capture (version 3.5 to NX2) provide the possibility to export unaltered RAW files as 10 MP JPEG. In my opinion the effect is rather limited: 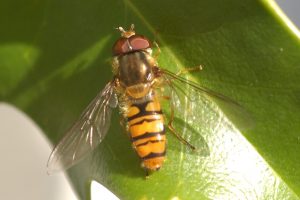 Based on this unusual sensor concept, the camera performed quite well in terms of image quality. It has to be kept in mind that we are talking about the infancy of digital photography here. Therefore, things like white balance, noise at long exposures and especially dynamic range do not really satisfy today’s standards. Also 1:1, pixel for pixel sharpness is not comparable to modern DSLRs. However, the D1x might be the first Nikon DSLR which produces acceptable and usable pictures, even today.

Build quality was the same as with the D1: robust, heavy, durable. A real brick compared to cameras that came before and after. Unfortunately also the charger MH-16 and the EN-4 batteries were bricks. Due to the fact that the EN-4s were Ni-MH batteries instead of Li-Ion, there was always the need to carry a few spares around.

Towards the end of the production cycle in September 2003, an upgraded version of the D1x was sold as “D1x Powered Up” until the D1x was finally replaced by the D2x in October of 2004. The upgrade provided expanded internal buffer memory, which could handle up to 14 RAWs or 21 JPEGs.

Overall the D1x is not a milestone in the DSLR history, but a very important step for Nikon at the border between first steps into digital photography and the start of the digital era.

Digital photography was kicked off for professionals with the introduction of the D1 two years earlier, but the D1x mitigated the most important shortfalls in the area of resolution and color reproduction. On top of that the D1x was the biggest seller in the D1 family.